The Vehicle had been bought to the workshop to find out why the ABS light was coming on and flashing, the vehicle had already been repairs several times at different workshops, the abs module had already been changed and the previous repairer could not program the new module and new abs sensors had already been installed. so what did we have to do START AGAIN. 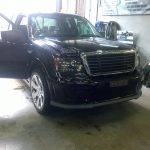 Setting up The scan tool was the first place to start. it revealed that there was 4 faults in the system:

We started by jacking up the vehicle and testing the ABS Wheel speed sensors on the right hand side it revealed that nothing happened after this thinking about the kind of system was the abs sensor a digital output or an analogue output, with out a workshop manual i had to figure it out. going to the left side the abs sensor was working with a brown and red trace we had 12v power and the earth circuit was aq digital signal with a square wave output, simple, came back to the other side and found no 12v power – the 12v power line must shorted to ground, we cut the 12v power wire near the abs sensor plug and ran a temporary wire from the good side to the bad side to see if the sensor would start to produce an output and it did.

We ran a new wire from the ABS module to the right side wheel speed sensor, checked that it worked on the scan tool so we now had the wheel speed counting up and all the speeds where the same.

After the Circuitry was functioning correctly it was time to take care of the Flashing abs light, this was up to programming the module the previous repairer did not have access to Etis to obtain the AS-Built Data, however you don’t really need it.
Here is why, When programming a module you connect your original and use PMI (programmable Module Installation), the Ford IDS Scan tool will then read the curent data and save a temp file, IDS will then ask you to change the ABS module with a new/second hand unit. and will then read and write the vehicle data to the exchanged module, making a simple change procedure easy.

Our issue not having the original ABS unit made it a little bit more tricky, we had to download the entire AS-Built data for the vehicle and use the appropriate sections inorder to program this vehicle.

Once this was done the ABS light stopped flashing.

a quick drive up and down the drive way as a test to make sure the light did not illuminate. DONE

All of these problems including the ones that had been put into the system by previous repairer, all came to a repair time of 3 hours, we felt sad for the client that had already paid $2200 for a new abs module when it was not needed, which is part of the reason why we care about testing before replacing. 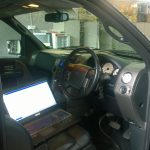 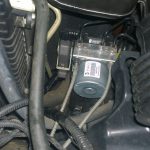 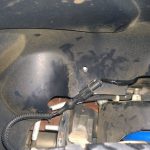 Powered by WordPress. Built with Automotive.